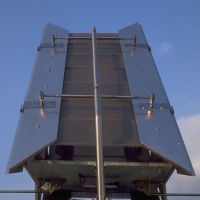 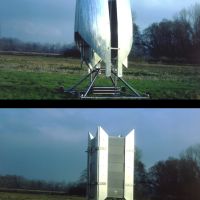 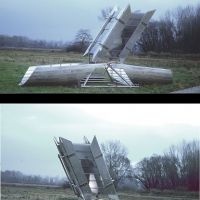 In connexion with the phenomena of the variety of human existence forms, the conception of a kinematical space is to visualize the actions of man in his environment in terms of architectural expression.
In particular, the kinematical space is an object, which alters its shape to adapt to inside activities or to external effects, like wind and the tides.
bug is a space of isolation, which communicates through its space covering, an interface with the outside world. The space covering is an instrument of speech - it changes its structure according to the events which occur inside. If the instrument is silent, it closes itself with an outer shell. The space changes its structure through shifting and transferring its centre of gravity. The impulse and the movement is given by the person inside the structure.
The hermit is aware of his seclusion. He is nevertheless exposed to the public and expresses his action as significant deed.